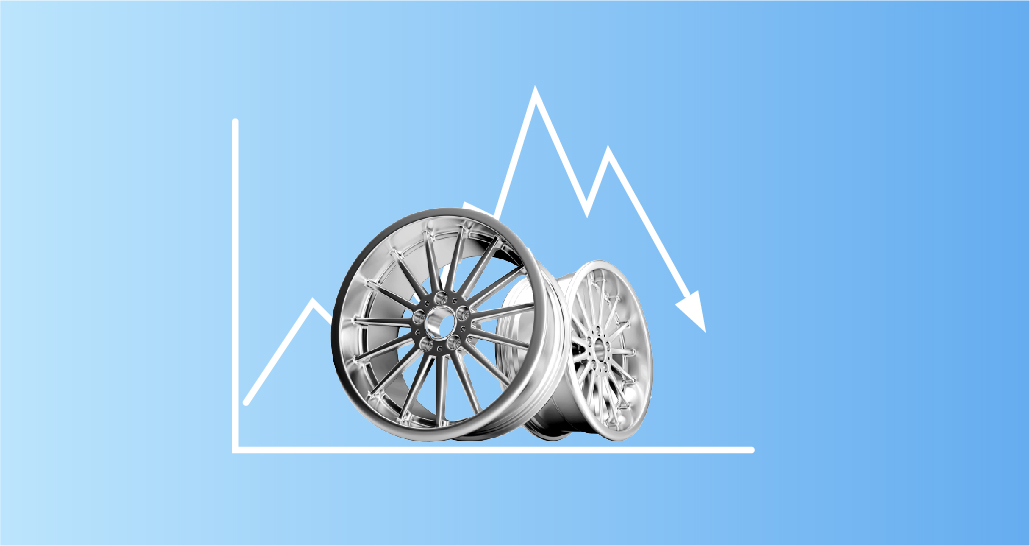 We all love to customize our stuff. From family reunion t-shirts to name necklaces and monogrammed handkerchiefs, it’s in our nature as humans to personalize the things that we own and make them unique to us.

Things are no different when it comes to our cars. We choose the color, trim package, and options at the dealership - but for some people that’s only the beginning. There’s a never-ending  range of options that are available as aftermarket modifications.

Many of us loved the show Pimp My Ride, right? It was a lot of fun watching Xzibit take shabby old cars and convert them into souped up rides with over-the-top features we had never dreamed of before.

While most people don’t go as far as installing a fish tank or a hot tub in their car, some people do get a bit carried away. Often, it’s not until they’re getting ready to upgrade to their next car that people begin to wonder, “How will all these mods affect the value of my trade-in?”

People install aftermarket modifications to personalize their rides. But it’s important to recognize that when a car has been personalized to appeal to one person, it might have the opposite effect for another person. People simply have different tastes.

Think of it in terms of potential buyers. If you’re selling a Honda Accord, you will probably have a lot of potential buyers. It’s a popular car. But if you’re trying to sell that same Accord with a big aftermarket spoiler, you’ll lose a few of those customers because, well, big spoilers just aren’t their thing. No big deal.

Now try to sell that same Accord again, this time with a lowered suspension, blacked out tail lights, the big spoiler, and some racing decals. You started out with a very large audience for the base model Accord, but now you’re working with a very small audience for the street racer.

That’s the way a dealer sees your aftermarket mods, in a nutshell. A factory-equipped car has many potential buyers, while a highly modified car has few.

7 of the Most Common Aftermarket Mods

Now that we’ve covered the big picture, let’s dive down and take a closer look at some of the most common aftermarket mods. If you have any of these, you might be wondering, “How will this impact the value of my trade-in?” We’ll talk about that below.

There are other problems associated with aftermarket sunroofs. The custom weatherproofing around the sunroof is prone to leaking over time, and the custom electrical controls that are installed on your ceiling can cause issues with your car’s electrical system - especially when they get wet.

An aftermarket sunroof is one of the worst things you can do to hurt your car’s value. Oftentimes, the immediate loss in value is even greater than the cost of having the sunroof installed.

This is one of the few modifications where you aren’t actually adding anything to your ride, but instead taking something away. Catalytic converters are part of your exhaust system, and they’re designed to reduce vehicle emissions and pollution.

Some people remove their catalytic converters in an effort to increase the horsepower of their vehicles. Doing this is illegal in the United States. In many cases it can void your vehicle’s warranty, and it will definitely have a negative impact on your vehicle’s trade-in value.

Getting your windows tinted is relatively safe compared to other aftermarket mods. It could slightly increase or decrease your vehicle’s trade-in value - but for the most part, it should not have much impact.

Window tinting can help trade-in value in warmer climates where the sun is more intense. If your installer does a shabby job, however, that can hurt your value. Be sure to check state and local laws to make sure that your tint job falls within the regulations for your area.

As with many aftermarket mods, a suspension lift can benefit your vehicle’s trade-in value in some cases, and hurt it in others.

If you lift a truck, an SUV, or a Jeep, that can either be positive or neutral depending on the next buyer’s preference. If you lift a car like a station wagon, that will probably hurt your trade-in value.

One exception is a leveling kit, which is a different kind of suspension alteration. Leveling kits are normally found on trucks where the front of the vehicle is heavier than the back. Leveling kits typically increase your trade-in value.

Much like tinted windows, aftermarket leather seats generally don’t hurt or help your trade-in value. The exception is if the seats are poor quality or are not installed well. If you purchase high-quality seats and get them installed by a reputable pro - there shouldn’t be any impact to your trade-in value.

Fifth Wheels and Other Truck Mods

Most of the aftermarket mods we see here at The Appraisal Lane come from trucks. Brush guards, camper shells, trailer hitches, tonneau covers, and more. Some of these mods can give you a slight bump in your trade-in value if they’re done well, but for the most part they won’t make much of a difference.

One big exception is the fifth wheel. Fifth wheels that are installed by anyone other than the factory can cause serious structural damage that will significantly devalue your truck.

If you want to add a fifth wheel and also protect the value of your truck, get the work done at the factory. This is the only way to ensure that the installation is done correctly and won’t have any impact on the structural integrity of your truck.

At this point you might be wondering, “Are there any aftermarket mods that will definitely improve the value of my trade-in?” The answer is designer alterations.

Designer alterations are not cheap, but they often provide a good return on investment. They’re safe because they are planned and built by industry experts who have earned a reputation for excellent work.

Rocky Ridge is a good example of this. They do custom truck lifts and alterations that are well-known by truck lovers across the country. We have seen mods from Rocky Ridge add between $15,000 - $20,000 to a truck’s value.

It shouldn’t come as a big surprise that the best place to get modifications done is at the factory where your car was made. Factory add-ons are a big plus, and they will definitely improve the value of your trade-in.

One example is the factory mod for Ford Mustangs by Roush Performance. The Roush mod essentially turns a factory Mustang into a racecar, with a larger engine, an improved suspension, and a modified high performance body style.

Review: How Will Aftermarket Mods Impact the Value of My Trade-In?

Every time you add a mod, you shrink the market of potential buyers who will be interested when you decide to sell or trade your car in the future. Most aftermarket modifications will depreciate along with your vehicle and some, like sunroofs, can void your warranty and cause an immediate drop in value.

There are some mods that will have a positive impact on the value of your car. But generally speaking, if you want to maximize your trade-in value, then it’s best to avoid any aftermarket mods that aren’t done at the factory.

Do you have mods that aren’t covered in this article and you’re still wondering, “How will my mods impact the value of my trade-in?” Try The Appraisal Lane today and let our team of professional appraisers take a look. We’ll give you a guaranteed trade-in offer in 30 minutes or less, mods and all.

How to Get Your Exact Used Car Trade-In Value

5 Important Things to Know Before You Trade in Your Car

Oh Canada, Why is the Trade-In Value of Your Car Lower in the US?

Why Is My Trade-In Value So Low?

The #1 Way to Improve Your Car's Trade-In Value

Understanding the Trade-In Value of Your Vehicle

Trading a Car In vs Selling - Which is Best for You?

How Will Aftermarket Mods Affect the Value of My Trade-In?